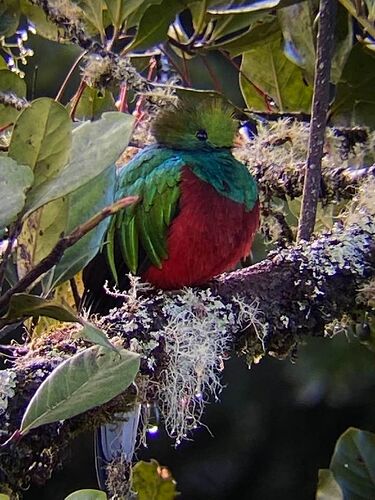 Nine birders joined me for the TAS birding tour to Costa Rica, which took place from August 7-17 and began and ended in Costa Rica’s capital, San Jose. We visited four distinct areas of the country: Sarapiqui in the Caribbean lowlands, Arenal Volcano National Park, located northwest of the capital, Tarcoles and Carara National Park on the Pacific coast and the Savegre Valley in the Talamanca Mountains southwest of the capital. By trip’s end, the group tallied over 300 bird species (including 28 hummingbirds!), more than a dozen mammals as well as untold numbers of reptiles, amphibians, insects and other tropical critters. A detailed trip report can be viewed here.