Birding during migration is tricky, since any and everything can make a good birdy place one day and just an empty park the next. Thankfully, time matched for everything needed on this TAS walk, a total of 43 birders of different age ranges and experience in the hobby joined me on this walk around one of the best migrant hotspots in urban Miami.

The morning started off cool, but not much was seen in the parking lot area but some highlights included a scolding Yellow-throated Vireo, and the first views of Tennessee and Bay-breasted Warblers for the day. From there we moved to the lake area where White-crowned Pigeons perched high in the Australian pine for great views and the same pines were littered with Indigo Buntings and Pine Warblers. The lake itself had a small variety of waterbirds including Anhinga, Great Egret and Tricolored Heron; but the best was to come, as the day warmed up, so did the bird activity, we had in the next hour great views of all sorts of migrants from Baltimore Oriole to Gray Kingbird and the many Black-throated Blue Warblers made it difficult to pick between them and the first of fall Blue-headed Vireo and Ruby-crowned Kinglet.

When activity finally seemed to have died down, we moved to the nature preserve area with stops along the way giving some of us views of Summer and Scarlet Tanager, alongside a female Painted Bunting, a Worm-eating Warbler and a Swainson’s Thrush! In the preserve itself, we began scolding in the cabin areas, where sadly activity was not as high as the previous walk, but in it’s place we had great views of Ruby-throated Hummingbirds and some of us briefly connected with a Hooded Warbler.

We moved towards the office trailer area and found the Rufous Hummingbird that was reported a few days prior, and the clearing gave us great views of Eastern Wood-Pewee, at least 20 Pine Warblers, a confused Black-and-white Warbler that was singing out of season, and both Blue and Rose-breasted Grosbeak.

From here, we walked back to the cars, briefly seeing a Peregrine Falcon flying over use and with a few birdersleft, we made a stop in the trees close to the parking area where one of the participants heard a Philadelphia Vireo in the morning, but only I was able to see it briefly, but the rest with me were able to enjoy an amazing mixed flock that had both Red-eyed and White-eyed Vireo in it and, for some of us, the first Black-throated Green Warbler of the fall.

This alone, would make for one of the best days I’ve had birding in the park and I’ve failed to mention at least half of the 68 species we saw in those 4 hours, but with 8 raptors, 5 vireos, 16 warblers and all possible species of tanagers, buntings and grosbeaks, it’s hard to complain.

However, I must confess, that 4 of us stayed a bit longer and hoped to find a Nashville Warbler that was reported a few days prior back in the cabin area, the bird didn’t show, but in it’s place, we were blessed with great, though brief, views of a Wood Thrush! Riding on this high, we walked the hammock and saw a Yellow-billed Cuckoo and once again in the clearing we had a scolding House Wren that gave us eye level views in the open of this skulking species alongside posing Common Yellowthroat, Pine and Prairie Warblers. Thus raising our trip to 70 species for some lucky birders today!

As said in the beginning, you can never predict a migration day, but we couldn’t have asked for a better one with the clear skies and every fruiting tree being a Christmas tree where the birds were the beautiful decorations.

An eBird checklist for the walk is here 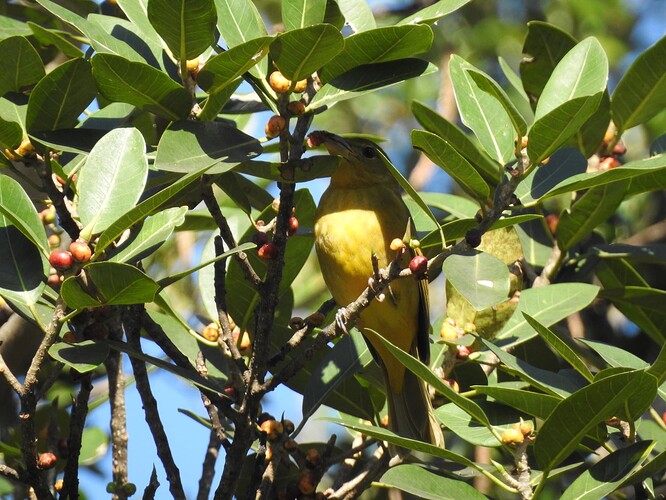 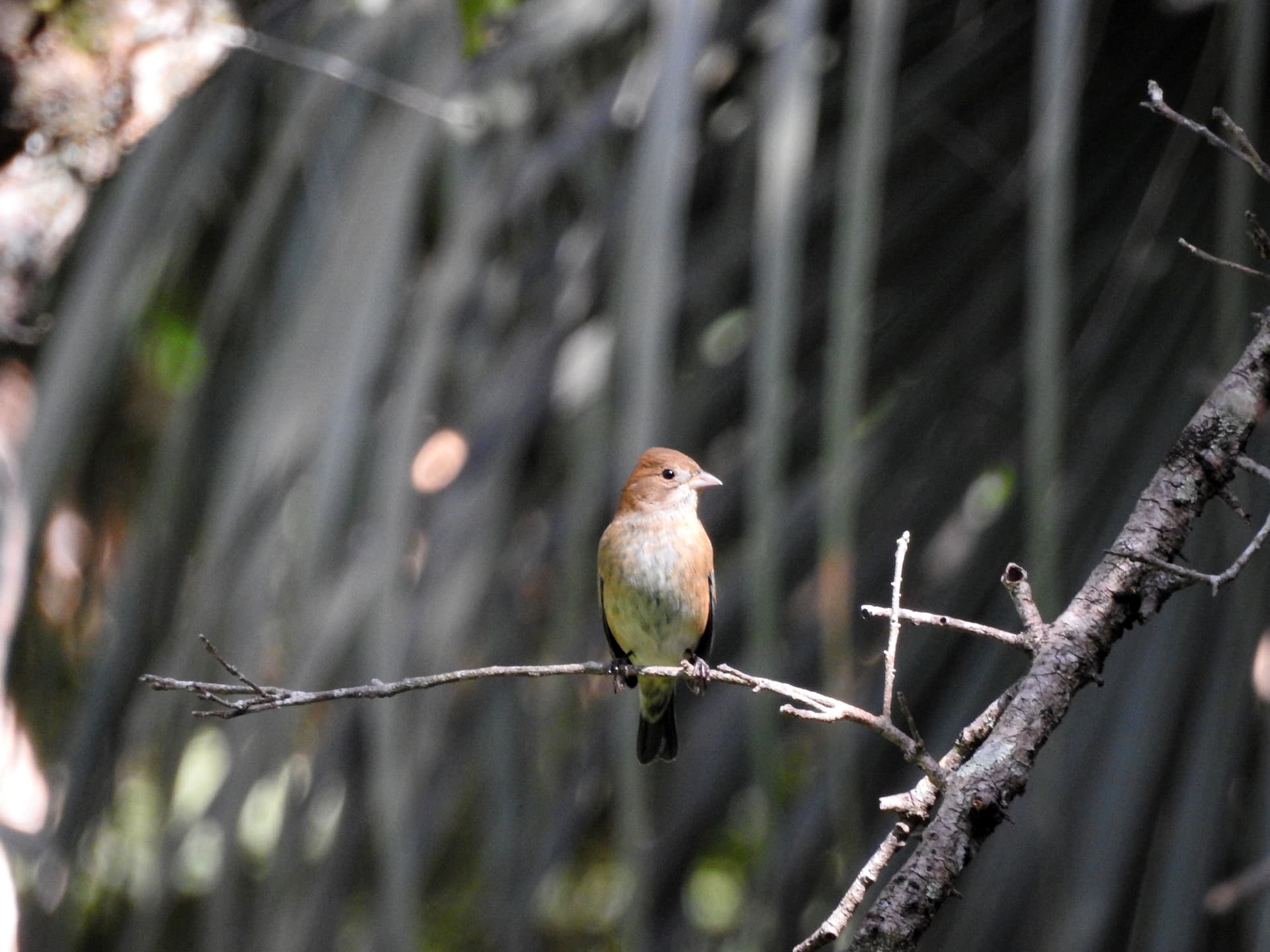 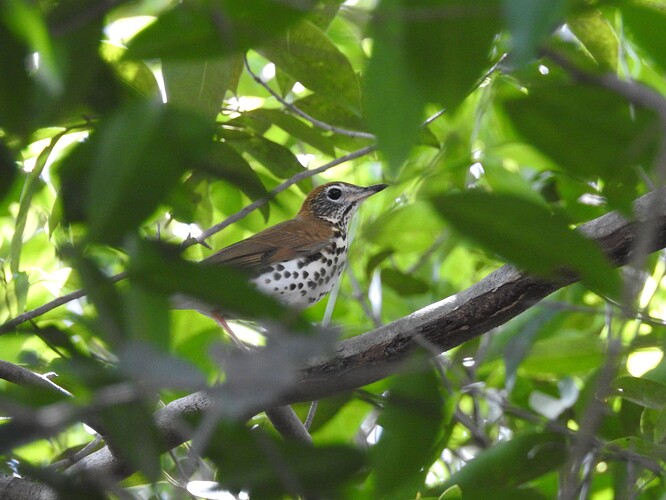 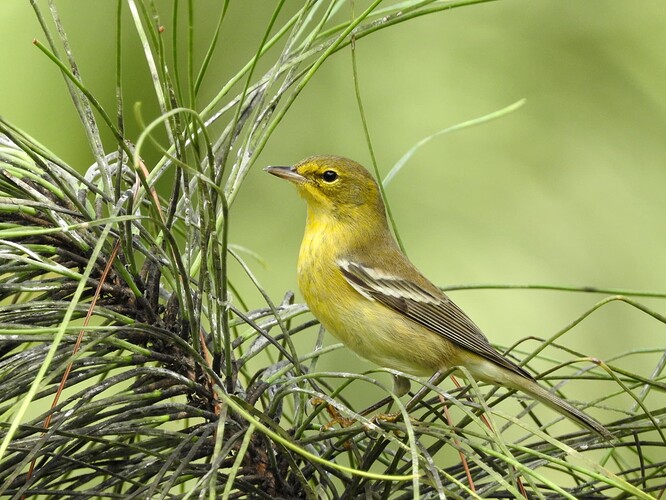