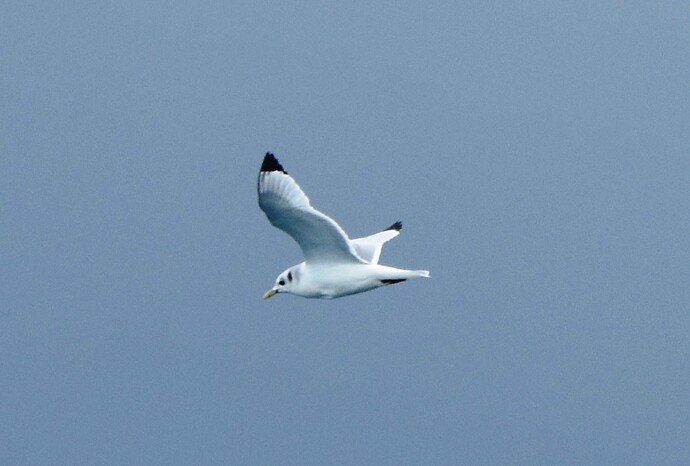 The 53rd annual Miami (Dade County) Christmas Bird Count took place on Saturday, December 17. On count day, 43 participants counted 15,019 birds of 130 species. Compared with 2021, there were 1,124 less birds counted but 8 more species. Of the 130 species, 121 are on the official Florida state bird list and are considered “countable,” while the remaining nine are not on the state bird list and are thus not considered “countable.”

The 2022 CBC added two species not previously recorded on this count: Black-legged Kittiwake and Least Flycatcher. The kittiwake was found in offshore waters within the CBC circle by the team led by Roberto Torres. Thanks to Capt. Torres for his photo of the kittiwake. The flycatcher was found at Flamingo Park on Miami Beach by Luis Gonzalez and Brian Rapoza.

Other unusual species recorded on the count included two Red-throated Loons and a Louisiana Waterthrush. The loons were found offshore, again by the team led by Roberto Torres. This was only the second time that this species has been recorded on the count; the first time was in 1997. The waterthrush was found at Greynolds Park by the team led by John Boyd. This species has been recorded at Greynolds Park several times in recent count history; if this trend continues, it’s designation as “unusual” will come to an end.

Thanks to the following teams for their assistance during the count (team leaders listed first):

Following are the totals for each species (non-countable species in italics):