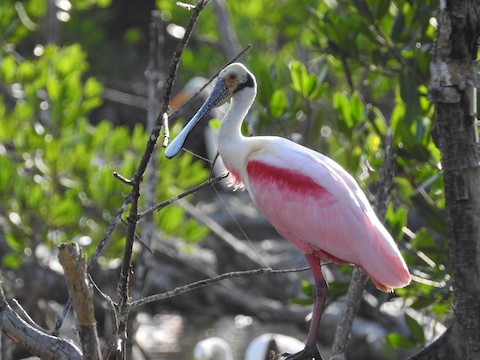 Among the eleven duck species tallied on count day were several species not often seen this far south, including Canvasback, Redhead, Greater Scaup (all seen on Coot Bay) and Bufflehead (seen at Eco Pond). An American Flamingo at Snake Bight was seen by the Florida Bay team and was also photographed by Jason Hedges; this the first time since 2008 that this species has been encountered during the count. Thirteen Carolina Wren were tallied this year, a new high count for this resident species and two more than the previous high count, way back in 1964.

Thanks to the following volunteers for their assistance during the count:

Following are the totals for each species (additional taxa in italics):